Made from 1,000 mg of Pure Cat’s Claw Bark Extract per serving.  Not to be confused with Tinctures.

By using Advanced Botanical Fingerprint Technology, Nature’s Answer assures you the quality of each ingredient by identifying the purity of every incoming botanical, only promising you the purest form of each extract in every product.

Cat’s Claw, ( Cat’s Claw inner bark) also known as Uncaria Tomentosa and Uña de gato, is a woody vine that grows wild in the Amazon rainforest and other tropical areas of Central and South America. The name Cat’s Claw comes from the shape of its thorns that look like a cat’s claw. Cat’s claw inner bark extracts, liquids, tablets, capsules and tea are made from the bark and root of the vine. The use of cat’s claw for health dates back to the Inca civilization.

A recent study showed that Cat’s Claw significantly elevated the infection-fighting white blood cell count in adult men who supplemented with this herb for 6 months. Researchers also noted a repair in DNA – both single and double strand breaks.

Its effect on the immune system appears to be two-fold, with the ability to both boost and dampen immune response, depending on what is needed. Hyperimmune responses can be contained, whilst a weak immune system that allows the disease to advance undeterred is strengthened by supplementation with Cat’s Claw.

Join Herbal Supplements | Buy Natural Liquid Extracts & Supplement's to save your cart, save products for later, get exclusive discounts & more! Register Already a customer? Sign in
Your Cart is empty!

Join Herbal Supplements | Buy Natural Liquid Extracts & Supplement's to save your cart, save products for later, get exclusive discounts & more! Register Already a customer? Sign in
You don't have any offers yet!

Check back at a later time to see if any offers are available.

Manage Cookie Consent
To provide the best experiences, we use technologies like cookies to store and/or access device information. Consenting to these technologies will allow us to process data such as browsing behavior or unique IDs on this site. Not consenting or withdrawing consent, may adversely affect certain features and functions.
Manage options Manage services Manage vendors Read more about these purposes
View preferences
{title} {title} {title} 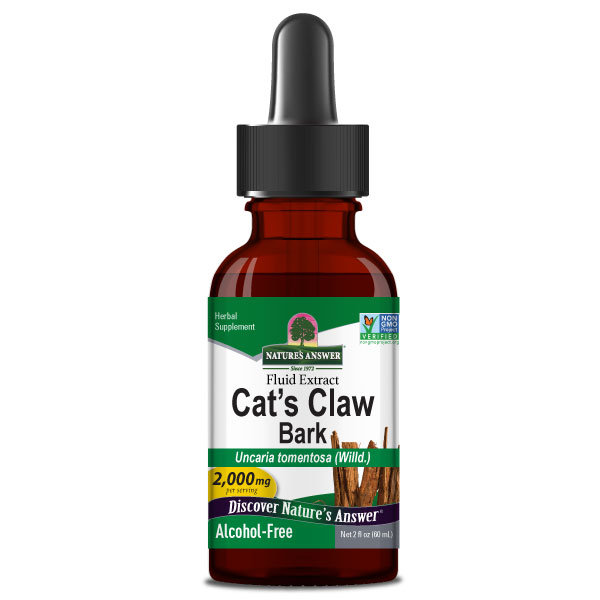