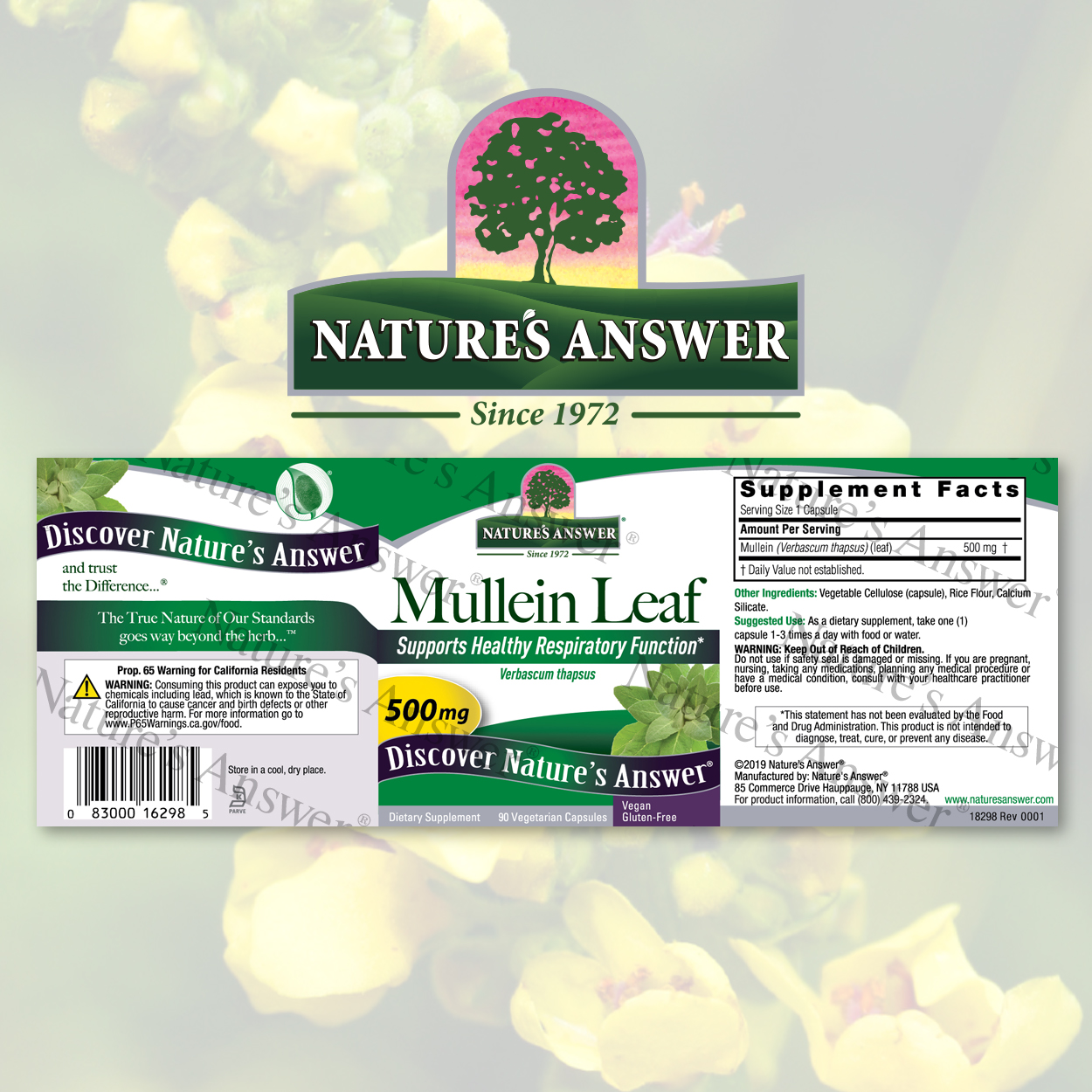 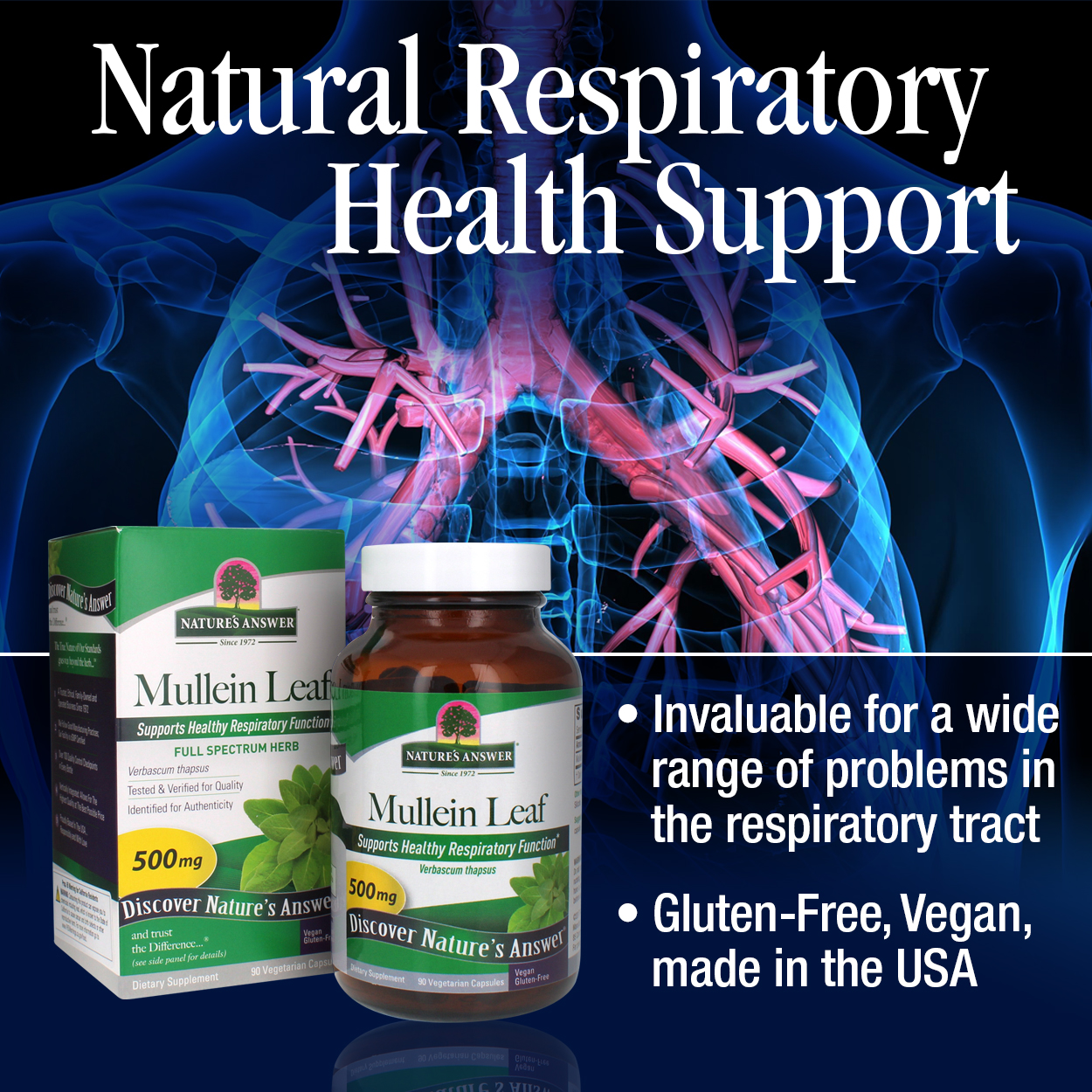 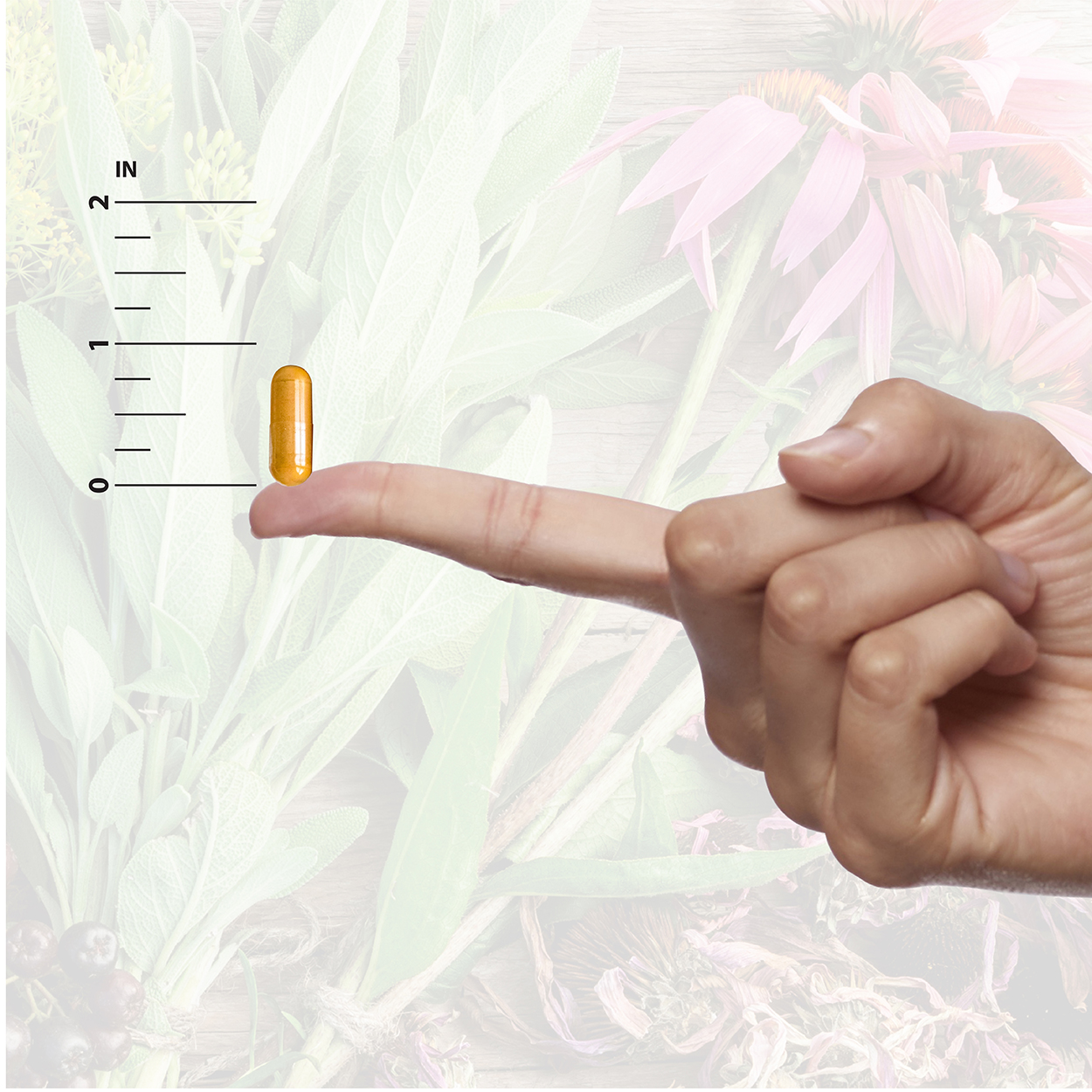 Mullein Leaf 90 v-caps (Verbascum Tuapus) is a flowering plant in the figwort family. If you feel the leaves you’ll immediately notice the soft velvety texture and understand why it’s called Velvet Plant. It is native to Europe, Asia and the Mediterranean, and is widely found in fields and waste areas throughout the United States. The plants grow in 2 year phases that are quite different. The first year it remains close to the ground, with large leaves that grow in a dense rosette pattern. The second-year the plant sends up a tall spike (2 to 9 feet), which features yellow (most species) flowers on the spike.

Nature’s Answer Mullein Leaf 90 Veggie Capsules are known by many names reflecting the many uses people that people have discovered for this beneficial herb. Some of the names for mullein are flannel leaf, velvet plant, felt-wort, beggar’s blanket, tinder plant, candlewick plant, witch’s candle, lady’s foxglove, donkey’s ears, candlewick plant and torches. It has even been called Quaker rouge, because the leaves were sometimes used by young women whose cultures have shunned cosmetics, rubbing it on their cheeks to give a rosy glow.

There are no reviews yet.

Only logged in customers who have purchased this product may leave a review. 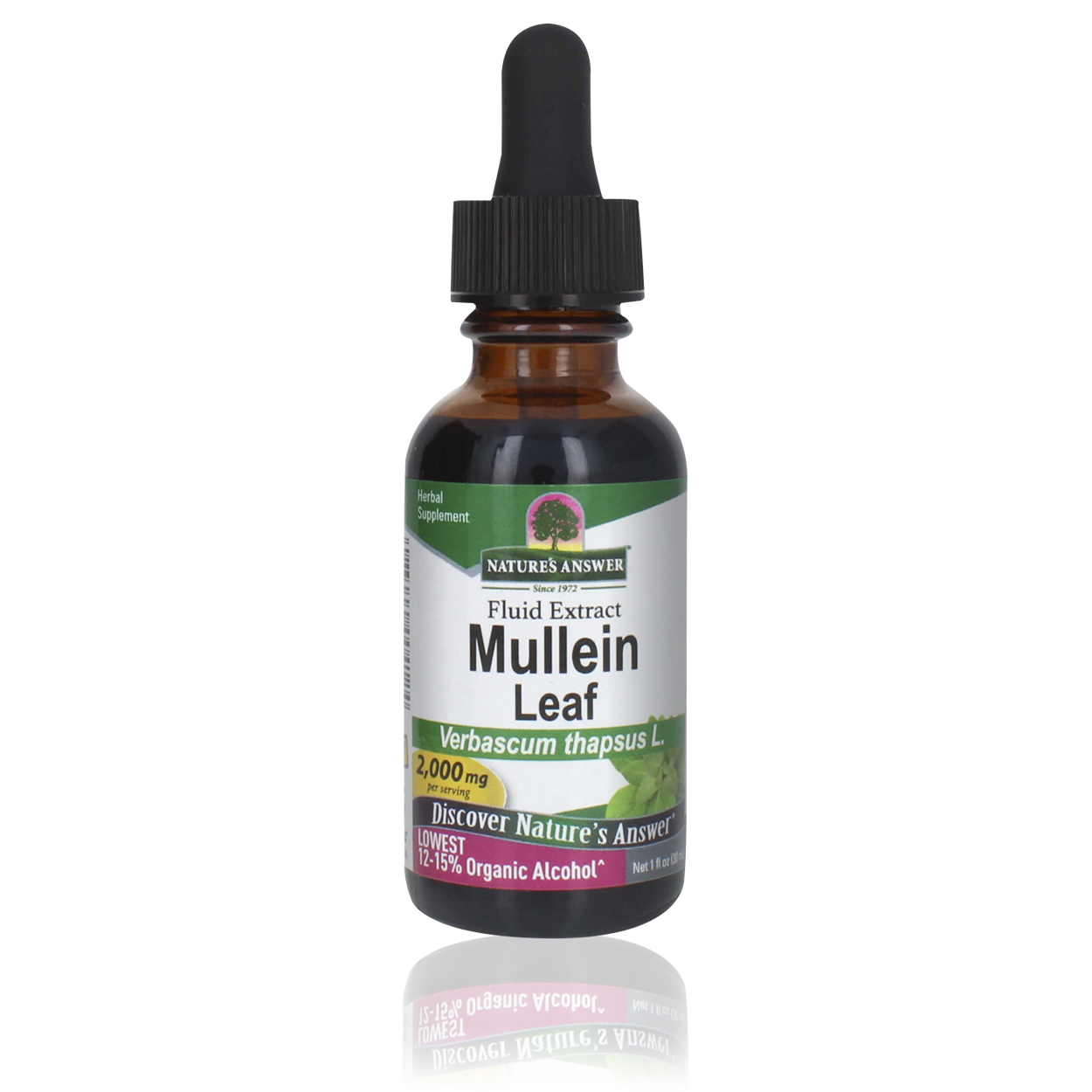 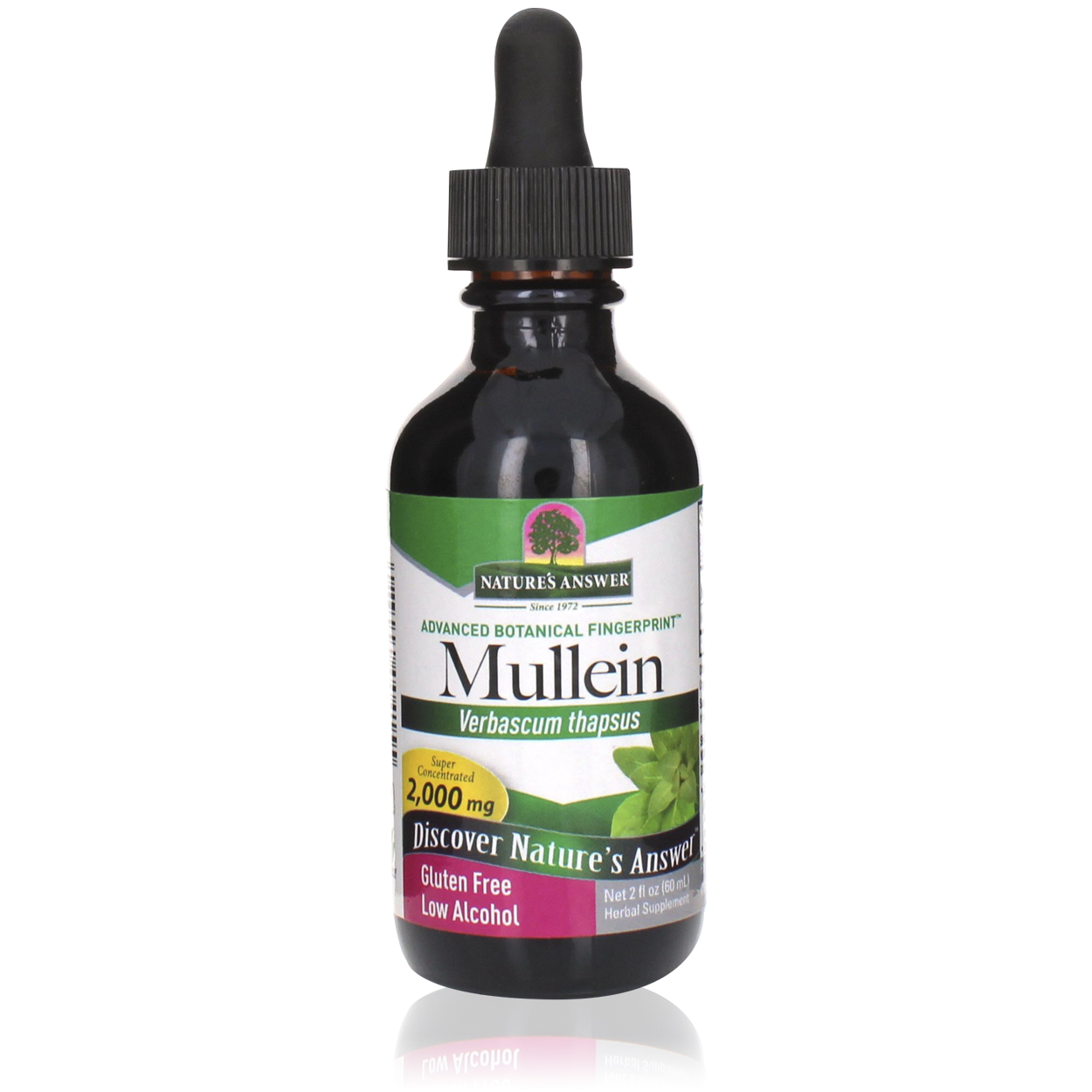 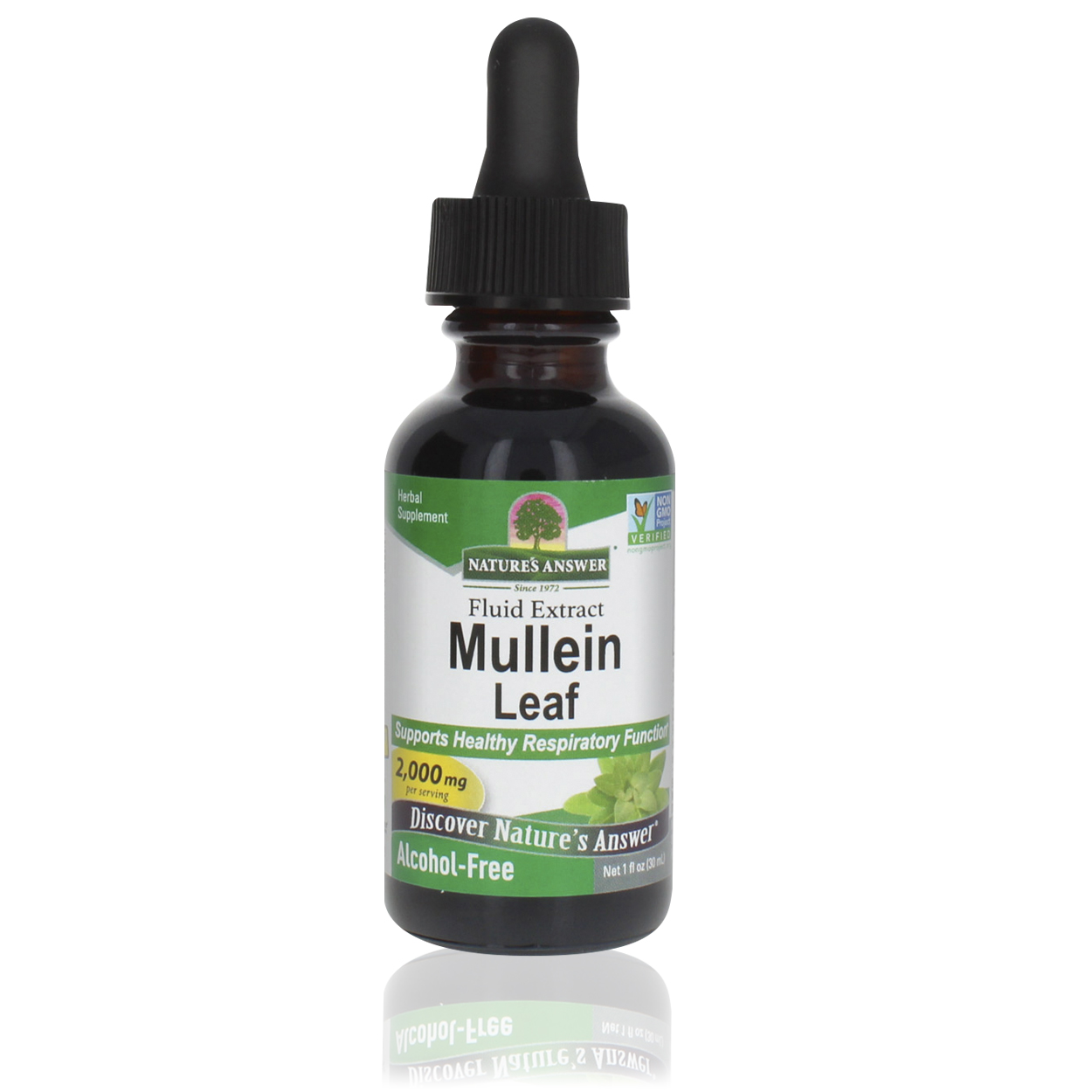